It may not sound like the prize fight of the century, but it is useful to know the difference between a Mattock tool and a Pulaski axe and which one is the best for the type of work you may be doing.

Whether you’re clearing branches, digging ditches, digging out tree stumps, performing trail maintenance for the forest service, or any other outdoor work, both a Mattock tool and a Pulaski axe have unique features that make one more preferable over the other, depending on the work being done.

So, grab a ringside seat and read on to understand the difference…

Contents of This Page

Mattock vs Pulaski: What is the Difference?

To look at a Mattock tool and a Pulaski tool and then wonder what the difference is isn’t surprising.

They both look very similar in both size and shape with almost identical functionality. 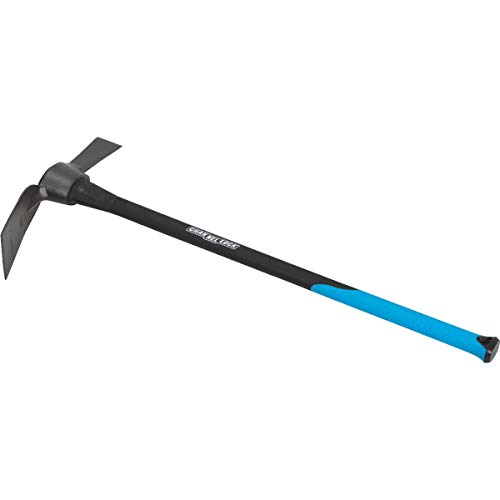 However, there are some key differences that separate the two, especially when it comes to the specific work they’re needed for. 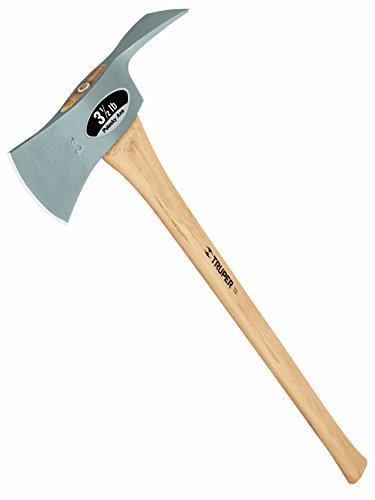 One is better suited for gardening and landscaping, while another is preferred for chopping woody plants and exposed tree roots.

One is useful for digging holes and digging trenches, while the other is better for trail work and firefighting.

To really understand the difference, though, it would be easier to start by looking at each tool individually.

Mattock: King of the Garden Tools

King of the Gardening Tools may be a bit of an exaggeration, but it’s not too far off. What makes the Mattock tool is its versatility. It’s an agricultural tool with many functions.

The mattock tool can come in two types or variations.

The first is called a Cutter Mattock and the second is called a Pick Mattock. The difference between these two very effective tools is exactly as the names imply.

Traditionally, you could (and still can) get an adze, a hand axe, and a pick as separate tools, each with a single head.

What the Mattock does is combine the functionality of those tools into a single special hand tool. It is a tool appropriate for heavy work and tough ground. Being a sturdy grubbing tool, it is also known as a grubbing axe, or grubbing hoe.

The Cutter Mattock is a T-shaped tool with a single head but double sides. One side is an adze (or curved Mattock blade) and the opposite side is an axe blade.

Although the head is a single piece, both the adze and the axe are distinct and do not share a common curve (as a pick axe does).

If you don’t remember what an adze is, it’s a curved, horizontal blade that is useful for digging, hoeing, excavating, and breaking hard soil.

The adze side also comes in handy when you have to dig a trench or two, especially for something like a sprinkler system.

The cutting edge is not as large as a traditional felling ax — blade used for chopping firewood. It’s a smaller blade, like a camping axe, and is useful for chopping tree roots or plants or stumps that may be root bound.

This Mattock tool usually comes with a long handle, although smaller single-handed ones can be found and are very useful in smaller gardens, especially when pulling up weeds with deeper roots.

It is a rigid handle, made either from wood or fiberglass (and maybe sometimes metal). The rigidness and length allow for easy swinging, whether they’re small swings for garden landscaping or large ones for stump breaking or root cutting.

A Pick Mattock is exactly the same as the Cutter Model, the only difference being the lack of an axe head. In its place is a pick.

As far as Mattocks go, this version is better suited for breaking very hard ground, which renders the Cutter Mattock almost useless.

It is also useful for clearing soil around plant roots with the adze and then prying them out with the pick. If you’ve ever had to clear out bamboo roots, or have needed to remove palm tree stumps, you understand why this tool is an excellent choice.

Side note: bamboo has shallow but tenacious roots that spread fast and can be humbling unless you bring the right tools to attack them.

How to use a Mattock Tool

As already stated, the easiest and most efficient use of a Mattock tool should be dictated by the work. For normal grubbing, the Cutter is probably the best overall choice if you had to choose just one tool.

However, if you’re going to need to do any prying, the Pick version would be the way to go.

You could use the adze end on either to do basic prying as the flat, curved blade does allow you to get under things, but if there is a lot of resistance, you might quickly find your adze blade curving in the opposite direction.

What is the difference between a Mattock vs Pickaxe?

A pickaxe, like a Mattock, is usually a T-shaped tool with a double-head. The double-head is often a pick and an adze, although you can also find a double-picked axe with one pick being longer than the other.

So, what’s the difference?

A pickaxe head tends to be heavier and is designed, first and foremost, for swinging and prying. The head, although double-sided, does not have two distinct sides but shares a common curve from one tip to the other.

This arc, along with a long handle, allows for more efficient swinging where the weight of the head and momentum are used as efficiently as possible.

The pickaxe is good for breaking hard soil, busting stumps, and prying out brush. It is also useful for splitting wood, but not necessarily chopping it. No, a pickaxe is not the perfect tool to turn to if you need to chop wood, even with an adze.

A Pulaski axe is essentially a firefighting axe with an adze, although many people now use it as a landscaping tool. Like the Mattock and pickaxe, it is T-shaped with a single head but double sides.

The primary cutting edge is broad like a traditional axe and the adze is a bit heavier duty and can easily serve as a secondary edge. This is the reverse of the blade preference on a Mattock.

The handle of a Pulaski axe is similar to the other tools mentioned above, although the majority of models tend to have a fiberglass handle nowadays (especially those employed by firefighters).

What is a Pulaski Axe Used For?

It was invented by Edward Pulaski, an assistant forest ranger with the United States Forest Service, in 1911. It is believed the invention came out of Pulaski’s experience leading 40 of his 45 man crew to safety during the Great Idaho Fire of 1910.

A tool bearing the initials of Ed Pulaski is part of the Smithsonian Institution collection at the Wallace Mining Museum in Idaho.

The Pulaski axe is used for building fire breaks, chopping wood, and to dig soil. It is also useful for normal gardening, whether it be digging holes, chopping roots, or just general excavation.

Mattock Vs Pulaski: Which Versatile Tool is Best?

Well, as you can see, it’s a split decision.

The best tool, again, depends on the work. For normal, everyday gardening and landscaping, a Mattock variation is the best choice. For fighting wildfires, go with the Pulaski.

In the end, though, both these complementary tools are excellent and should be a part of your arsenal.