A good pair of pruners will help you easily maintain your Azaleas and any other shrubs, bush, or plants in your garden. You will need pruners to perform routine maintenance or trim flower clippings from your shrubs.

Which type should you go for?

Anvil pruners vs bypass pruners is a very common question that gardeners often need to answer, either through their own experience, or that of other people. Read on for some tips regarding the use of these tools.

Contents of This Page

Our Recommendations At A Glance; 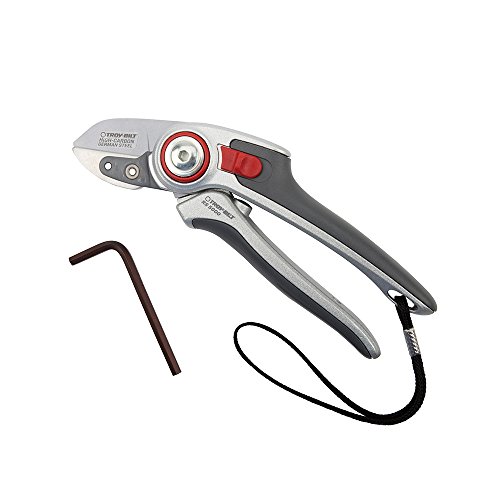 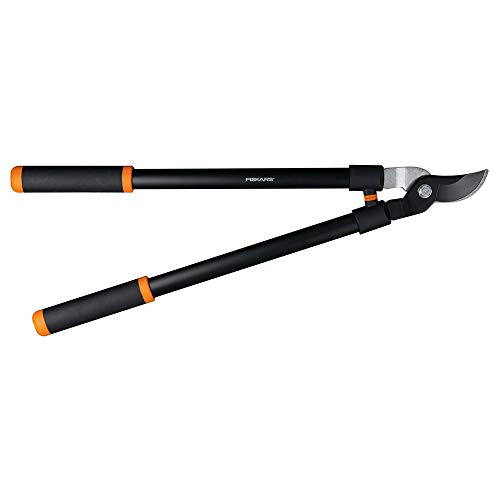 What are Anvil Pruners?

Anvil pruners are hand pruners with a head that has one sharp cutting blade and one hard anvil that come together to make a cut. The anvil usually has a grove in it that the blade will line up with to make cutting through a stem or branch easier.

Anvil pruners are spring-loaded and open after each cut is made. This helps your hand from tiring when making multiple cuts.

What Are Anvil Pruners Used For?

Anvil pruners are best suited for making cuts that do not need to be delicate or precise. Because the anvil acts as a cutting board and the blade acts as a knife, cuts can sometimes be harsh and crushing. For this reason, you would not want to use anvil pruners when you need to make a clean and careful cut.

Instead, you should use an anvil pruner when the harshness of a cut does not matter. This includes cutting off old, dead wood or severely pruning a shrub that has been overgrown and neglected.

Bypass pruners work the same way that household scissors work. Instead of the blade and base coming together and contacting a hard surface the way anvil pruners do, the bypass pruner blade and base bypass one another in a swiping motion to make a cut.

Anvil pruners are not recommended for greenery, and soft stems as these will likely be crushed when the blade of the pruner meets the anvil. We recommend only using anvil pruners when cutting through wood, both dead and old.

What Is A Bypass Pruner?

Bypass pruners have a curved blade and base to help make clean cuts as they bypass one another. When the curved blade bypasses the curved base, the cut is clean and gentle, unlike the harshness of the anvil pruners.

What Are Bypass Pruners Used For?

Bypass vs Anvil Pruners — Which Is the Right Choice?

The answer to this question depends on what type of pruning you will be doing.

Will you be pruning old or dead wood from a shrub that needs routine maintenance, or will you be trimming flowers and crops from a lively green garden?

The reason why you are pruning will tell you what pruners you should use.

Anvil pruners are designed to make harsh, firm cuts to the object they are cutting, such as severe pruning of a brown evergreen tree. In doing so, they will crush the soft tissue of green stems, leaving the stems or branches damaged by the cut.

We’re not saying you can’t use anvil pruners when cutting live plants with soft tissues. We are just saying you will likely cause permanent damage to the plant when it tries to rejuvenate and repair the area that has been cut.

Anvil pruners are best for old or dead wood that has overgrown a shrub or a bush because of the harsh cuts they will make. Anvil pruners are designed to easily cut through harder densities, crushing the exterior bark as it cuts through the branch.

Bypass pruners make clean, delicate cuts on the object in which they are cutting, which is what makes them perfect for flowers, fruits, and vegetables.

To avoid this disastrous scenario, you will need to use bypass pruners on any flower, crop, or clipping you will make to a lively green stem.

Bypass pruners can do any job. They can cut through dense wood, and they can gently trim delicate stems. For this reason alone, we recommend choosing a good pair of bypass pruners over anvil pruners; however, this does not mean you shouldn’t own a pair of anvil pruners, and we will explain why in a moment.

We simply recommend investing in a good pair of bypass pruners first because they can do both jobs without the fear of causing permanent damage to the plant or shrub you are pruning.

Now, if you plan to cut back a lot of old wood and branches each year, we recommend investing in a pair of anvil pruners. Anvil pruners are made to cut wood and will not wear out as quickly as bypass pruners.

Choosing the Right Size Anvil or Bypass Pruners for the Job

All anvil and bypass pruners will fit in your hand and be spring-loaded for quick and easy cutting; however, the size of the opening between the blade and the base will determine the maximum diameter of the branch or stem you can cut with the pruners. A smaller opening means cutting smaller branches, whereas a bigger opening will allow you to cut bigger branches.

Bypass loppers could be a choice for old dead wood that is too thick for a hand pruner to tackle. We have some Fiskars loppers and pruners on this page which may help you to make the right choice for your particular task.

Maintaining Your Anvil or Bypass Pruners

Regardless of the pruners you choose, you will need to make sure you maintain them so that they last for a few pruning seasons. Maintaining your pruners means they stay rust-free, sharp, and straight. Rusty, warped pruners will be both ineffective and dangerous when used.

To keep your pruners well-maintained, you will need to make sure they are stored in a dry place so that they do not rust. Leaving pruners in the elements will cause them to rust. Not only will rust weaken the blades of the pruners, but it will also damage the spring and keep the pruners from opening and closing correctly.

Ensure that you do not cause any disease to form on your plants after pruning by using hydrogen peroxide to keep the pruner blades clean and sanitized.

The blade of your anvil or bypass pruners will begin to dull the more they are used. Even bypass pruners that are only used on soft tissues will dull over time.

A dull blade on pruning shears can cause you to have to work twice as hard to make what would otherwise be a relatively easy cut. This can cause damage and fatigue to your hand when trying to make multiple quick cuts. Use a handheld sharpening file to keep the blade of your pruners sharp.

You should look at the most effective type of pruners if you have arthritic hands, they will make the pruning job much more comfortable.

When using bypass pruners for the wrong application, i.e. cutting dead wood, it is common for a stem or branch to get stuck between the blade and the base. This often causes the blade of the pruners to become bent or warped. When the blade becomes bent or warped, it will not cut correctly, which can damage the stem of the plant you are trying to cut. The blade can often be straightened by taking apart the pruners and hammering the blade against a flat surface to restore its straightness. Not recommended!

If the blade is too dull or too warped, you can buy replacement blades without having to buy a whole new pair of pruners. Replacement blades can be installed easily with few tools. Just take out the spring and unscrew the lock screw so that the two pieces can come apart.

Take out the old blade and replace it with the new blade, cleaning any of the pruning shears that may have become rusty or dirty. Finally, put the pruners back together, making sure that the lock screw is tightened, and the spring is put back into place. You now have brand new pruners without spending the extra money.

Conclusion of Bypass vs Anvil Pruners

Anvil pruners are not recommended for soft tissues because it can permanently damage the stems or branches when making a cut.

Bypass pruners are curved and designed so that the blade passes by the base and make a clean cut without crushing the stem or branch when cutting. Bypass pruners should always be used when cutting flowers, fruits, vegetables, or any other soft tissue stem that will need to regrow after being cut.